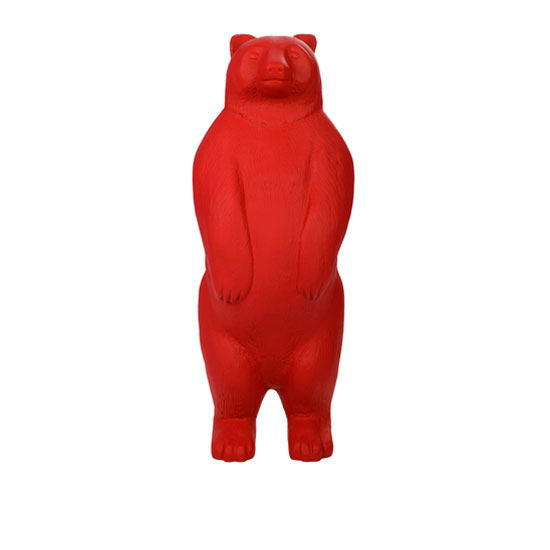 The Cracking Art bear’s origins are related to a piece of news: this artwork was born in 2006, when a black bear wandering between Austria and Germany was shot down because it was considered a danger. It is an animal that expresses both affinity and opposition to humans: it is a wild and ferocious animal but, as the teddy bear is a toy traditionally placed in children’s cradles, it is also associated to a playful reality and the idea of protection.

The Bear is a limited edition artwork realised in 200 copies per colour (10 colours), signed and numbered.